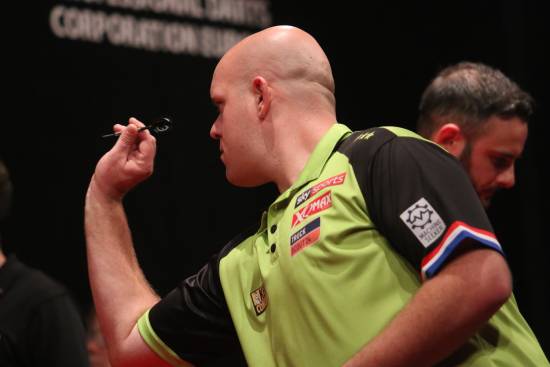 The last two PDC World Darts Champions renewed rivalries this week away from the oche as Michael Van Gerwen and Rob Cross were put through their paces ahead of this year’s BoyleSports World Grand Prix of Darts in Dublin.

The pair were quizzed on each other’s careers to see just how well they knew their enemy, and Van Gerwen was served a reminder of his 2018 World Championship semi-final defeat to Rob Cross, the debutant who went on to become World Champion just 11 months after turning pro.

But it’s the Dutchman and current World Champion who goes into the BoyleSports Grand Prix as 6/4 favourite as he bids to win the tournament for the fifth time. Cross shares second favouritism with Gary Anderson at 7/1. The action begins at the Citywest Hotel in Dublin on Sunday October 6th. [Odds correct 17.9.19 Boyle Sports]

Check out the full video here as Michael Van Gerwen and Rob Cross warmed up with a tense battle of ‘know your enemy,’ which turned out to be every bit as close as their epic World Championship thriller.

Lawrence Lyons, spokesperson for BoyleSports told THE BET: “It was good fun to sit down with two of the world’s best players and see them so relaxed ahead of the upcoming BoyleSports World Grand Prix of Darts. The tournament always offers that extra layer of intrigue with the double required to start so it can open up the field a bit, but it’s no surprise to see Michael Van Gerwen the clear favourite having been backed into 6/4 from 2/1 already.”

Bet now with our partners at Grosvenor Sport

Waiheke worth a cheeky punt at Chepstow

Get your best bets for tonight’s SWINDON OAKS